Check out The Foally of Man, a podcast featuring Chris the Brony and Robert the non-Brony as they explore Fallout: Equestria chapter by chapter. Watch/listen on YouTube, Libsyn, Twitter, and PodBean.
Captain Suicide

Added:
Saturday, September 3rd, 2016
Last Update:
Saturday, October 29th, 2016
Favorited By:
Be the first to favorite this story!
Adventure, Alternate Universe, Crossover, Dark
Many know of the Northern Tundra, but are warned to avoid the area at all costs. Stories of untouched wealth, buried discoveries, and haunted ruins dance throughout the Equestrian Wasteland, being passed on from caravan to caravan. For young Ruby, it has been her life long dream to enter the Northern Tundra and be the first to discover its' secrets. But what she doesn't know, is that she is closer to her dream than she ever thought possible... 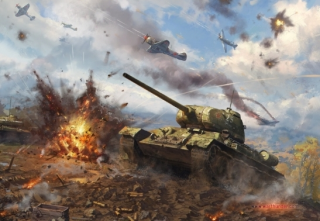