Check out The Foally of Man, a podcast featuring Chris the Brony and Robert the non-Brony as they explore Fallout: Equestria chapter by chapter. Watch/listen on YouTube, Libsyn, Twitter, and PodBean.
Garfield23

Added:
Thursday, July 2nd, 2015
Last Update:
Tuesday, August 1st, 2017
Favorited By:
Be the first to favorite this story!
Tragedy, Sad, Dark, Crossover, Adventure, Alternate Universe
How many ponies attempted to kill Redeye? This is the story of a pony who tried and failed to do that very task. Was success denied because they were foolish or just unlucky? How many chances did they have? Well come judge for yorselves and see how failure is rewarded. 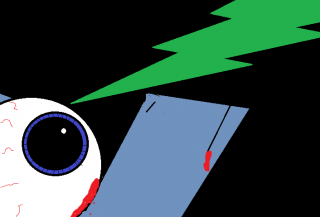