Check out The Foally of Man, a podcast featuring Chris the Brony and Robert the non-Brony as they explore Fallout: Equestria chapter by chapter. Watch/listen on YouTube, Libsyn, Twitter, and PodBean.
storm128

Added:
Saturday, April 18th, 2015
Last Update:
Friday, June 26th, 2020
Favorited By:
Be the first to favorite this story!
Dark, Crossover, Adventure, Alternate Universe
What does it mean to be a hero? This is a question that young Venture Forth contends with every day. It's a difficult thing to answer, especially when your life is centered around the enslavement and abuse of your own kind. Born into a family of slavers, Venture decides to follow his heart and strike back against the cycle of pain and torment he not only bears witness to, but suffers from as well. All of this to realize his dream of becoming a symbol of hope and righteousness in the wasteland. To right the wrongs of his family, and defend the innocent from the forces of tyranny. However, what will he do when he's taught that those he seeks to defend may not be as innocent as once thought, that we are all capable of evil? In the wasteland, there are no innocents, no villains, and no heroes. Only survivors. 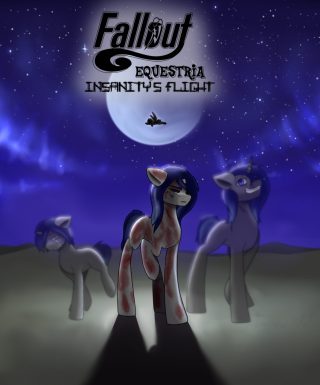